Teresa Palmer making out with a guy in a doorway as he lifts her shirt off to reveal her bra first, and then taking the bra off so that Teresa is topless. We get an even better view of her breasts as she lays back on a bed and the guy leans over to suck on them before kissing his way down to her jeans. The guy then unbuttons and pulls them off so that he can go down on her. In the second scene, Teresa Palmer making out with a guy in a running shower, her right breast coming into view between the guy’s arm and his chest. In the third scene, Teresa Palmer lying naked on her stomach on a bed as a guy sits beside her, pulling the covers open to expose her bare butt. The guy then runs his hand over it before laying down on top of her. In the fourth scene, Teresa Palmer standing in a shower as a guy stands behind her and washes her, her left breast coming into view. In the fifth scene, Teresa Palmer in a pink thong and matching bra as she modesl some lingerie for a guy, bending over and then turning around and doing a sexy dance. Teresa then stands up on a bed and does some kicks and punches as the guy watches. After a while, the guy slaps her and leaves, and Teresa puts on a sweatshirt and gets down on the floor to look for something with her pink panties still in view. 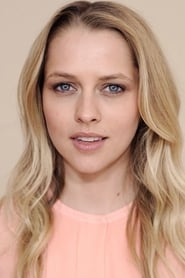