Shannyn Sossamon of A Knight’s Tale fame sitting topless on a couch blindfolded giving us a good look at her left breast as a guy leans down to kiss her neck and she reaches up behind his head. 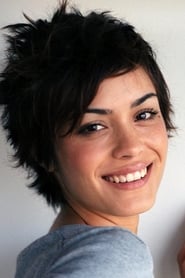