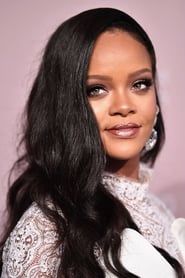 Rihanna (February 20, 1988)
8Popularity: 8Place of Birth: Saint Michael, Barbados
Robyn Rihanna Fenty, known by her stage name Rihanna, is a Barbadian recording artist, actress, record producer, fashion designer, and entrepreneur. She has appeared in numerous music videos and motion pictures.
Known for: Ocean's Eight, Valerian and the City of a Thousand Planets, This Is the End

Nice bikini shots of Rihanna and her hot body at a beach in Barbados. She looks oily.. in a good way!

0
Nice bikini shots of Rihanna and her hot body at a beach in Barbados. She looks oily.. in a good way!

0
Here are pics of Rihanna wearing a MESH top at the Balmain fashion show after party in Paris. She looks great and you have to love how Paris makes celebs let loose. I feel like they show a lot more skin...

0
Amazing spy candids of a topless Rihanna at a photoshoot for Vogue Brasil. She’s wearing pasties but we can still see a hint of her nipples and there is a clear nip slip in the first three shots. She is looking...