Reese Witherspoon naked in a quick flashback as we see her on her back at first with her breasts visible as a guy goes down on her, and then we see her butt from the side as she lies on the edge of a bed and a guy has sex with her from behind. In the second scene, Reese Witherspoon walking out of a bathroom wearing a t-shirt with nothing underneath, showing some pokey nipples. In the third scene, Reese Witherspoon taking a shower, seen from the shoulders up until she steps and walks in front of a mirror, where we see her breasts in reflection. She then turns to the side and the camera moves down to give a view of the top half of her bare butt while she looks at some bruises on her back. In the fourth scene, Reese Withersspoon naked lying down with a guy who is asleep, Reese showing a bit of her butt and then her left breast as she begins to push herself up. In the fifth scene, Reese Witherspoon having sex in a couple flashback sequences – first having a guy unzip her dress and then lying on her back sucking on his finger with her right breast visible. We then see her butt as the guy flips her over on the edge of a bed and has sex with her from behind. Next, we see Reese having sex with two guys in an alley, her waitresses’ dress hiked up a bit as the first guy takes her from behind, followed by the second guy having sex with her against the alley wall as she sits on a briefcase. In the sixth scene, Reese Witherspoon naked and showing her left breast as she rises off the floor and sits up while a guy sleeps next to her and she looks over at another guy entering through a door. In the seventh scene, Reese Witherspoon standing in front of a mirror in a bra and panties and showing her legs as she puts one foot on a chair and shaves her left leg. She then checks herself out in the mirror, turning around to look at a couple bruises on her back. In the eighth scene, Reese Witherspoon undressing down to her bra and panties as a guy watches and then leans over to kiss her. Reese then lays back on a bed and the guy grabs and squeezes her breasts while moving out of sight to go down on her. 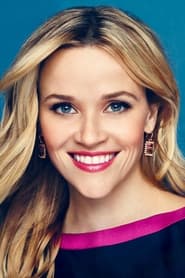 Reese Witherspoon (March 22, 1976)
27Popularity: 27Place of Birth: New Orleans, Louisiana, USA
Laura Jeanne Reese Witherspoon (born March 22, 1976) is an American actress. The recipient of various accolades, including an Academy Award, a British Academy Film Award, a Primetime Emmy Award, and two Golden Globe Awards, she has consistently ranked among the world's highest-paid actresses. Time magazine named her one of the 100 most influential people in the world in 2006 and 2015, and Forbes listed her among the World's 100 Most Powerful Women in 2019 and 2021…
Known for: Monsters vs Aliens, Sing, Legally Blonde

0
Reese Witherspoon lying on a couch topless as she kisses a guy and then he kisses down her chest between her bare breasts. We then see more of Reese topless while she continues to lie on the...