Penny and Mike have been best friends for years and are now roommates that have somehow never hooked up. When the heat goes out in their house, they decide to bundle up and use alcohol to keep themselves warm. Once the wine starts flowing, Mike and Penny think that maybe there are other, better ways to stay warm. 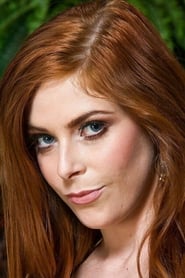 Penny Pax (February 18, 1989)
26Popularity: 26Place of Birth: Miami, Florida, USA
Pax was born in Miami, Florida and moved around often as a child. She lived in Hawaii; Sacramento; and Pacifica, California, before moving to New Zealand when she was in the third grade. Nine months later, she moved to Fort Lauderdale, Florida, where she lived for thirteen years. She worked as a lifeguard for five years at various pools throughout South Florida, including those at the International Swimming Hall of Fame and at the Seminole Hard Rock Hotel and Casino Hollywood…
Known for: Cinderella's Hot Night, The Submission of Emma Marx, The Submission of Emma Marx: Boundaries