Paula Malcomson lying on her back topless in bed with a guy as they talk and joke. After a bit, Paula turns on her back and faces the guy while sipping from a glass. She then lays down in the guy’s arms once more. 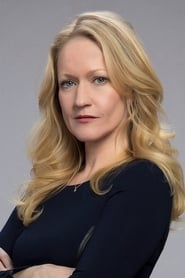 Paula Malcomson (June 1, 1970)
11Popularity: 11Place of Birth: Belfast, Northern Ireland, UK
Paula Malcomson (born 1970) is a Northern Irish actress born in Belfast, Northern Ireland. Malcomson is sometimes credited as Paula Williams. She starred as "Trixie" in the HBO series Deadwood and Colleen in ABC's Lost. She played the role of Amanda Graystone in the Battlestar Galactica spin-off series Caprica, on the Sci Fi Channel, as well as the role of Maureen Ashby on the FX Series Sons of Anarchy…
Known for: The Hunger Games, The Green Mile, The Hunger Games: Catching Fire