While showering, Nicole shows off her breasts before Alexander Skarsgard goes down on her and we see her ass! 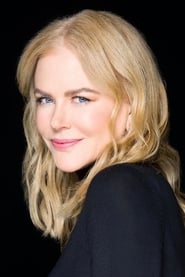 Nicole Kidman (June 20, 1967)
29Popularity: 29Place of Birth: Honolulu, Hawaii, USA
Nicole Mary Kidman (born 20 June 1967) is an American and Australian actress and producer. Known for her work across various film and television productions from several genres, she has continuously remained one of the world's highest-paid actresses. She is the recipient of numerous accolades, including an Academy Award, a British Academy Film Award, a Screen Actors Guild Award, two Primetime Emmy Awards and six Golden Globe Awards…
Known for: The Others, The Golden Compass, Moulin Rouge!

0
There's nothing Little about Kidman's sex appeal as she bares her ageless buns while getting banged against a wall. In the second scene, Nicole lifts and lowers her nightie, flashing her right breast to...