Mena Suvari naked on a bed as a guy kisses between her legs and then moves up to suck on her breasts before having sex with her. Mena is on her back at first and then rides the guy, reaching back between his legs with one hand as she has sex with him. In the second scene, Mena Suvari in bed with a guy, reaching her hand down under the sheets between his legs before he rolls her onto her back and we see her breasts as he kisses his way down her chest. In the third scene, Mena Suvari sitting up on a beach and pulling her swimsuit down, showing her right breast. We then see her naked in the ocean from a distance, standing in the waves and then swimming out when a guy joins her. In the fourth scene, Mena Suvari waking up in bed in a very thin see-through nightie, showing some nice pokey nipples as she sits up and then walks toward a window to look out. In the fifth scene, Mena Suvari giving us an extended topless look as she lies on her back with most of her right breast exposed and about half her left nipple in view, too. 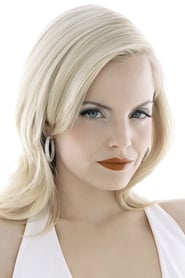 Mena Suvari (February 13, 1979)
6Popularity: 6Place of Birth: Newport, Rhode Island, USA
Mena Alexandra Suvari (born February 13, 1979) is an American actress, fashion designer, and model. Shortly after beginning her career as a model, she soon transitioned into acting after appearing in guest roles on 1990's television shows such as Boy Meets World and High Incident. She made her film debut in the 1997 drama film Nowhere…
Known for: American Beauty, American Pie, American Pie 2