Lily James of Downton Abbey and Cinderella fame in her first-ever nude scene as she pulls her dress off over her head as a guy watches, exposing her breasts. We then get a view from behind, Lily standing naked with her butt visible. The guy then approaches and she turns around, bending over a table before the guy briefly has sex with her from behind. In the second scene, Lily James waking up in bed next to a guy and then moving the covers aside to exit, flashing her bush before she walks around to the other side of the bed, where we get a better view of her naked from the side before she pulls a nightie on over her head. 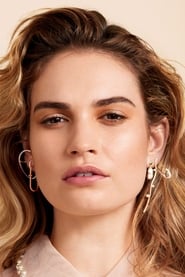