Kate Mara making out with a guy before we see her topless on her back having sex with him in bed. As he moves his arms we get a clear view of her breast from the side, though it looks like her nipple has been digitally erased… 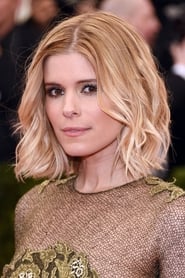 Kate Mara (February 27, 1983)
6Popularity: 6Place of Birth: Bedford, New York, USA
Kate Rooney Mara is an American television and film actress. Beginning acting in her hometown of Bedford, New York, she moved from the stage to her first film, Random Hearts (1999). Her notable roles include appearances in the Academy Award-winning film Brokeback Mountain (2005), playing the daughter of Heath Ledger's character, and on the Fox television series 24, as computer analyst Shari Rothenberg...
Known for: Iron Man 2, The Martian, 127 Hours