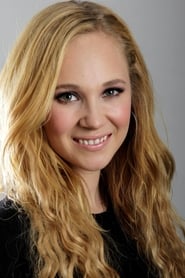 Juno Temple (July 21, 1989)
24Popularity: 24Place of Birth: Hammersmith, London, England, UK
Juno Violet Temple was born in London, England, into a showbiz family, the daughter of producer Amanda Temple and film director Julien Temple. She was named 'Juno' after her parents took a visit to the Grand Canyon during pregnancy, and found they were standing on a butte of Cape Final known as Juno Temple...
Known for: The Dark Knight Rises, Maleficent, Horns