Gillian Anderson showing both breasts during a nude sex scene with a guy in bed, showing hard nipples while they have sex and while lying on her back afterward. 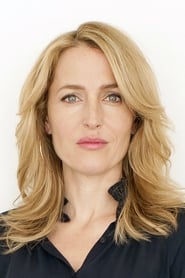 Gillian Anderson (August 9, 1968)
6Popularity: 6Place of Birth: Chicago, Illinois, USA
Gillian Leigh Anderson (born August 9, 1968) is an American actress. After beginning her career in theatre, Anderson achieved international recognition for her role as Special Agent Dana Scully on the American television series The X-Files. Her film work includes The House of Mirth (2000), The Mighty Celt (2005), The Last King of Scotland (2006), and two X-Files films, The X-Files (1998) and The X-Files: I Want to Believe (2008)…
Known for: The Simpsons, Sex Education, Johnny English Reborn