Astrid Bergès-Frisbey making out with a guy as he pulls her sweater off. We then see her in a pink bra as she kisses the guy some more and he spins her around while removing the bra – her breasts not quite visible as she turns and then lays back with the guy. We then see her kissing the guy in a shower, her arms again blocking the view of her nipples as another guy walks in to the bathroom next to her. In the second scene, Astrid Bergès-Frisbey lying in bed topless with a guy, showing her right breast first as she talks to him. She then flips onto her back for a better topless view as the guy continues to talk and we see Astrid’s pink panties. She and the guy then begin to kiss with Astrid still on her back. 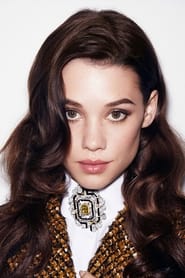 Astrid Bergès-Frisbey (May 26, 1986)
11Popularity: 11Place of Birth: Barcelona, Catalonia, Spain
Àstrid Bergès-Frisbey (born 26 May 1986) is a French-Spanish actress and model. She is best known for playing Suzanne in The Sea Wall, the mermaid Syrena in Pirates of the Caribbean: On Stranger Tides and Sofi in I Origins. She is the recipient of the Prix Suzanne Bianchetti in 2009 and the Trophée Chopard Award for Female Revelation of the Year at the 2011 Cannes Film Festival…
Known for: King Arthur: Legend of the Sword, Pirates of the Caribbean: On Stranger Tides, I Origins