Cheaters. You gotta love ’em…or hate ’em. Part of me loves the slutty cheater who has the nerve to cheat blatantly behind her boyfriend’s back…and almost to his face! Phone calls while “out with the girls” when she’s cheating. Text messages “from the dressing room of her favorite clothes store” while cheating. Frankly, you hate it when it’s happening to you. Abbey Rain is a sly one. Today she’s “out getting groceries” when, in reality, she’s at an adult bookstore. Don’t get me wrong — going to an adult bookstore doesn’t mean she’s cheating…unless she’s rented one of those private viewing rooms, and there’s a gloryhole drilled into the side of a wall…and a big, black cock suddenly appears from the other side. Then yea, it’s cheating, and you know you’ll never get a real answer as to why it took two hours to grab a few things at the store! 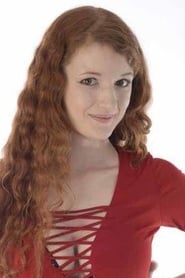